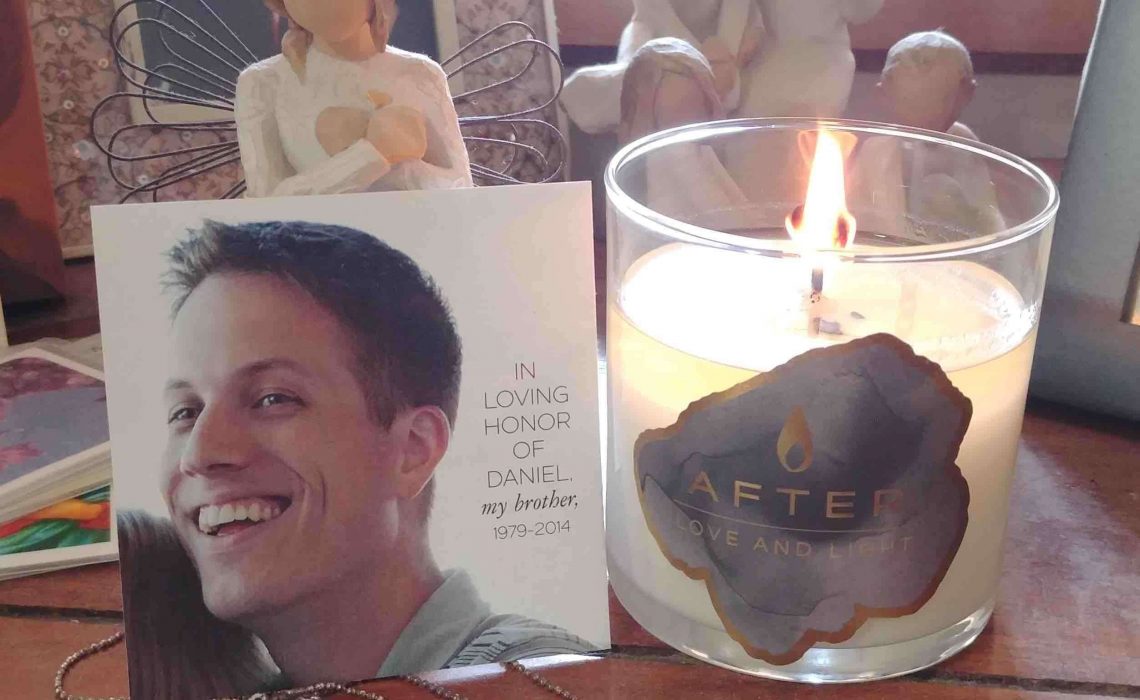 What I did on my brother’s 5 year Deathiversary

The phrases, “everyone grieves differently” and “grief changes over time” are the most important things to remember while suffering with grief or supporting someone who is.

Combine these two phrases and you get a world of uncertainty.

The grief I have for the death of my brother certainly has changed over the last five years. In the beginning, I saw signs everywhere, I heard songs that reminded me of him, I cried everywhere I went. Every Death Anniversary was horribly painful. This year’s Deathiversary was different.

My family planned a trip to New Hampshire to vacation in Lake Winnipesaukee for my late brother’s 5th anniversary of his suicide. Our goal was to have some jokes while reliving parts of the movie What About Bob, one of his favorite movies. It was going to be silly and obnoxious. (I swore I was going to shout out lines from the movie); [And yes, I know the movie was not actually filmed in NH but what are you going to do].

Something happened instead. My dad had to start his cancer treatment earlier than expected. [Cancer is topic for another blog.] Instead of sitting at the airport, we were sitting at the hospital. A few days of ups and downs, my dad was able to go home, but we missed our trip.

I had put all my emotional eggs in one basket, I realized. I was planning on using this fun trip to be a distraction from the pain of the anniversary of his death–more of a celebration of who my brother was. Since the plans changed…it was back to reality. I had to go back to another way to grieve / celebrate.

Except it was different this year. I was deprived of my plans so now I had no outlet. To my surprise, I ended up doing nothing. I barely cried. It was the most unremarkable Death Anniversary I’ve experienced. I still can’t believe it, even as I’m writing this. Doing ‘nothing’ echoed the emptiness of his absence. Honestly, I just didn’t feel like being sad. He’s with me all the time in my heart and in my memories (and in this business).

As my grief unfolds, special days, deathiversaries, birthdays…they all morph and change. Grief ebbs and flows all the time; for a lifetime I imagine. And why not? How can humans stay in the deep depressing veil of grief forever? We would die under the weight of pain grief commands. Next year’s Deathiversary might be hard-you never know how these days will hit you.

For those of you reading this and thinking that your grief will never ease – I am here to tell you that it will.